From A Rookie to A Pro: Sampling Milk and Preparing Samples for Analysis

Before getting to the point: What is a milk analyzer?

The function of the milk analyzer is to make a quick analysis of milk on fat (FAT), non-fat solids (SNF), proteins, lactose and water content percentages, temperature (°C), pH, freezing point, salts, total solids, conductivity as well as density of one and the same sample directly after milking, at collecting and during processing.

Milk sampling and preparation of samples for analysis

Milk sampling and qualification of raw, thermally treated milk and its derivatives (cream, whey, buttermilk, etc.) is accomplished for every separate homogeneous batch. As homogeneous batch is accepted:

• Milk, delivered by a separate producer (an individual farm, farm etc.), and received from one kind of animal after their complete milking, independently from the number of milk cans and tanks.

• Milk, received from one or several farms or milk collecting centres but delivered in a joint vessel.

• In the enterprise – from one and the same kind of raw milk poured in one vessel.

• For cream, whey, buttermilk, etc. – produced as a result of milk processing and its derivatives from one and the same kind and quality, poured in a separate vessel.

Milk is qualified not earlier than 2 hours after milking.

When the milk is frozen it has to be warmed up to 10-15 °C and stirred according the below-described procedure.

A sample is taken from every separate vessel proportionally to the quantity of the milk in it. Samples from the different vessels are mixed well and from the received medial sample are taken 200 - 250 cm3 for accomplishing the needed analyses.

Step 1: Stirring the milk and its derivatives before sampling

It is a very important condition for receiving exact results. Before taking samples from big vessels the milk (fresh or thermally treated, whole milk or whipped) has to be well stirred for no less than 5 min., by vertical and circular slow movements. A mixing spoon with a long handle is used, allowing the lowest layers of the liquid to be reached.

The milk in the milk cans is stirred 5 to 8 times from the surface to the bottom and reversed with slow circular movements.

Due to the fact that the cream is a significantly thicker liquid than the milk and contains high percentage of fat it has to be preliminary very well stirred from the surface to the bottom with reciprocation movements at about 20-25 times.

It is analogical to milk stirring.

Samples from milk, whey, or buttermilk are taken with metal or glass pipe (dry, clean, and stainless-steel) with a diameter at about 10 mm, which is slowly dipped till the bottom of the vessel and its upper end remain open. In this way, it is filled with milk simultaneously with its dipping. When the pipe is taken out of the vessel its upper end has to be tightly closed with a thumb. For bigger reliability of the analysis results, it is recommended the quantity of the taken sample be no less than 200 ml.

Cream sample is carefully well stirred in order not to form foam. For taking a medial sample from milk-cans and tanks a sample pipe is used. Stuck to its outer surface cream has to be removed by using filter paper, napkin or clean cloth, preventing in this way the proportionality between the samples and the total amount of the cream to be disturbed.

The vessels where the samples will be put have to be clean, dry, glass, metal or from other suitable material, to be tightly closed with rubber or other stopples. The stopples not to absorb water and fat and not to influence the analyses sample content.

In summer the sample fills up to the top the vessel, but in winter – at least 3/4 of the vessel’s volume. Each sample for analysis has to be labelled and described in a way not allowing to be mixed up.

The samples are stored in conditions, assuring temperature, corresponding to the requirements for storing such kind of product (advisable – 1 °C).

If there is a need for longer sample storing they have to be preserved; the most commonly used preservative is potassium dichromate (K2Cr2O7) - 1 g for 1 000 ml. The samples have to be stored in a cold and dark place after the preservation. Have in mind that during the analyses the results for SNF% will be increased by 0,1 %. After adding the preservative the sample has to be well stirred.

Step 4: Preparing the samples for analysis

When examining samples taken immediately before analyses and shortly stored, the milk is poured several times from vessel to vessel in order to distribute the fat content uniformly. To avoid foam formation or separation of milk fat, the samples have to be carefully poured using the walls of the vessels, as they are tilted slightly. For a better mixing of the sample it has to be poured at least 3 times. When needed the same is tempered to the temperature within the measuring range. If there is fat stuck on the walls of the vessel and the stopple (when the samples were stored for a long time), the milk has to be slowly heated up to 35-40°C. At the same time, it has to be slowly shaken. The cream, stuck to the walls of the vessel is removed. The sample is poured several times and is cooled down (advisable up to 20°C).

Before making analysis, the whey sample is filtered through double sheet gauze put over the glass funnel in order to separate the fat grains get into liquid by incidence and if it is needed the sample is tempered and carefully stirred.

Before making analysis, the buttermilk sample is filtered through single sheet of gauze put over the glass funnel in order to separate the big protein particles and if it is needed the sample is tempered and carefully stirred.

The sample is slowly warm up to 35-40°C in water bath. The fat is dispersed wholly by carefully shaking and if necessary, by stirring with glass stick. The sample is poured from vessel to vessel several times and is cooled down (advisable to 20°C). If after this procedure the sample is not homogenous, the measurement is not carried out.

Sample for analyses is prepared from homogenized cream by diluting it with distilled water in degree, sufficient for the components of the diluted cream to be reached in the measuring range of the analyzer.

No worries! Here in Gaia Science, our trained team of professionals is ready to help.

Call us at +65 6897 2772 today or send us a message at enquiry@gaiascience.com.sg. In the meantime, browse through HERE to find out more!

Disclaimer: This article was retrieved from https://www.milkotronic.com/ as a guideline for the users. Gaia Science Pte Ltd is an authorized distributor for Lactoscan milk analyzers in Singapore. 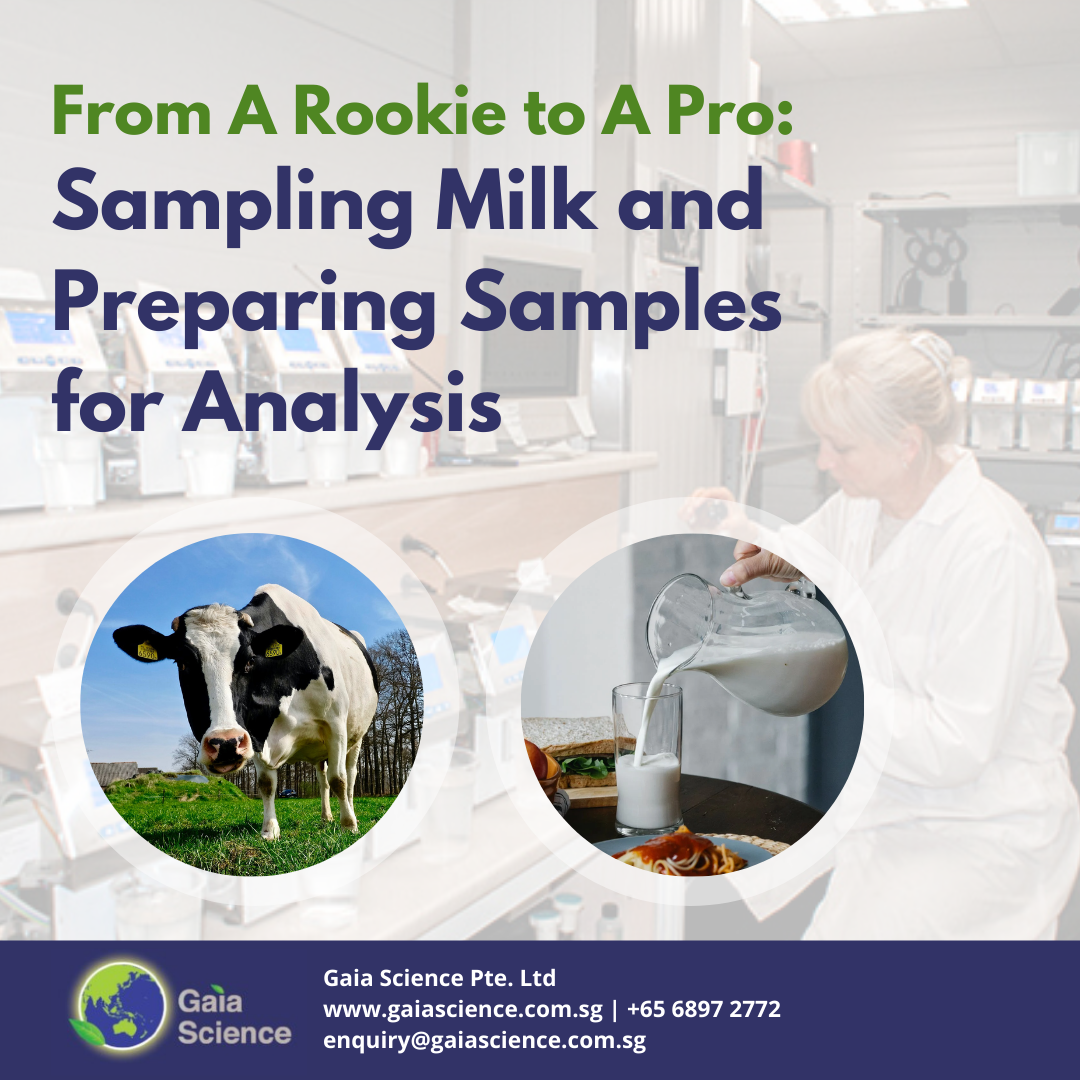